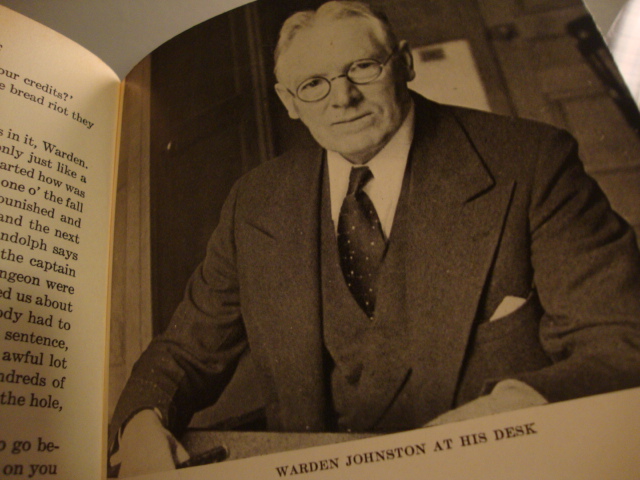 James A. Johnson became warden of Folsom in 1912. During his short stint at the prison, he made monumental changes to the penal system, including abolishing corporal punishment and bringing quality medical care to both mentally and physically sick inmates. Johnston chronicles his life as warden of San Quentin and Folsom in his book, Prison Life is Different, published in 1937. This book is a rare gem, giving the reader personal and insightful glimpses into California’s penal system in the early 1900s.

One task that Johnston found particularly engaging was overseeing a show, put on by convicts, to entertain their fellow inmates on the Fourth of July. This event soon became an annual show where boxing and bike races were also added. San Quentin inmates hosted their own annual vaudeville show that occurred every January. In fact, Folsom’s 27th execution, Edward Delehanty, was the director and manager of San Quentin’s show before he killed two fellow inmates, resulting in a transfer to Folsom. Delehanty, called “The Black Demon,” was considered immensely talented and took great pride in the yearly productions.

Well liked by the inmates, Johnston received an invitation to the Fourth of July show. He sat in the front row among the other prisoners. In his book, Johnston described the black face act as one of the big hits, where one performer, using big words, would confuse and bewilder his stage partner. “Finally, the smart one,” Johnston said, “simulating desperate impatience, walked his dumb partner down to the footlights and pulled this”:

‘Listen, you igmoramus, I already esplained the propolition six times and still you don’t comprehend, All my elucidation has failed to penetrate your obscuration. Now I’m gonna tell it to you once more. And boy I’m gonna make it clear. I’m gonna make it plain. I’m gonna make it simple. Now get ready. Pay retention. This am your last chance. If you don’t get it this time ther’s no hope for you. For believe me, boy, I’m gonna make it so plain an’ clear an’ so simple that even the officers and the guards will understand.’

One portion of the entertainment at Folsom included dressing up as women and performing comedic skits—one of the biggest draws of the show. I suppose when women are scarce, dressing up like one would have to do.